Dancing with Nana and Paul Anka 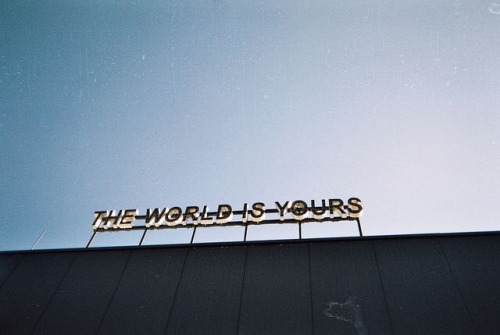 Drinks with Raymi the Minx

Turn on Toronto FTW!!! Fun afternoon it so was.

Thanks so much Surane and the rest of the TOT boys you are all sweethearts. I’ve been excited about this video since April

What a delightful surprise to see it today! I sound kind of smart and real and authentic and humble pie whatever right. Wow that hair, I was growing out my roots at the time. Dyed it dark a couple weeks later or so.

Raymi, Raymi, Raymi The Minx. what more can you say about one of Toronto’s most famous (and some might say infamous) bloggers, that hasn’t already been said?

Well, it turns out, lots.

Lauren White, recognized throughout the digital sphere as her better known alter ego, was not what we expected. When we reached out to her about an interview, she immediately got back to us and was ready to go. When we asked where she’d like us to shoot the interview, we asked her to choose a place that reflected her personality, what she was about, and somewhere she’d feel really in her element… she suggested Chuck E. Cheese. That’s the moment we knew we’d have fun with the Minx.

Though she’s been documenting her life for all to see over the last decade-ish, getting a good idea of who she was prior to meeting her was not as easy as one might think. We all know you can be anyone you wanna be online, and when readers only have photos and day-to-day fragments of a life to go on, how much do you really know someone – even if you’ve been reading their blog everyday for some time. But that sort of elusive intimacy, where your audience feels like they know you, like you’re a part of their world, and they begin to care about you – or despise you for that matter – the ability to generate that kind of relationship is what the idea of fame and celebrity is built upon. It’s a concept that Raymi understood a long time ago, it was something she strived to experience, wouldja look at her now.. she has since gone on to have over 5000 people visiting her world on a daily.

When we finally did meet, the first impression we had of her was.. different. Having scrolled through her blog for days, and seen countless photos of her life, many would chalk up her blog as self-absorbed, vain, and pointless overall, and we’re sure many have. But for her to be as successful as she’s become, many more must’ve caught on to something special, something obscure.. something different. We found her world fascinating, because we really didn’t know what to make of it. We wanted to find out what her motivation was for baring all, for continuing on this long, and where she intends to go with what she’s established for herself thus far.

From reading her blog, you might expect a person whose life revolves around themselves, so self-interested and focused on building an online identity that they’ve lost touch with the world outside a laptop.. and to be honest, we wouldnʼt have been surprised if that person showed up. Lauren White, frankly, was anything but. When we asked what turns her on in Toronto, she actually turned the mic on Surane, interviewing the interviewer. And she did it because she seemed genuinely interested in the answer, and didn’t just want to talk about herself. From the moment we met Raymi the Minx, the one thing we all agreed on was this.. no matter what you think about her, or what she does, or who she’s trying to be.. if you’ve ever met the girl, the one thing you can’t say about her is that she’s not real.. because she is. Love her or hate her, she’ll tell you what she thinks, and is not shy about sharing her opinion or defending the little guy.

She says she’s always wanted to be famous, and she’s by no means modest about it. Instead, she’s honest. It’s refreshing to meet someone who’s so out there that when you meet them they somehow have a way of making you feel at home instantly, as if you’ve been hanging out with them your whole life. Raymi, Lauren, whatever you wanna call her, she’s that girl. Why she attracts a lot of the hate she does is lost on us, because from speaking with her for as long as we did we soon found out she’s actually a quirky, warm, and overall lovely person.. and contrary to the loud, life of the party, center-ofattention personality sheʼs created online, she’s actually very down to earth, even somewhat shy.

So to all her critics, naysayers and haters out there, we have this to say on behalf of Raymi the Minx.. quiet down, wouldja? The girl’s trying to put on a show, so just let her do her thing, because some of us are having a good time watching her do it. Big thanks to the good folks at Mildredʼs Temple Kitchen for letting us host the interview during regular business hours! Swing over to MTK located in Torontoʼs Liberty Village for good food, good drinks, and the friendliest staff around.

I am grinning my face off right meow! >Be sure to fangirl Turn On Toronto and be glad you did they got a good thing going and thanks for making me look good.

10 thoughts on “Drinks with Raymi the Minx”