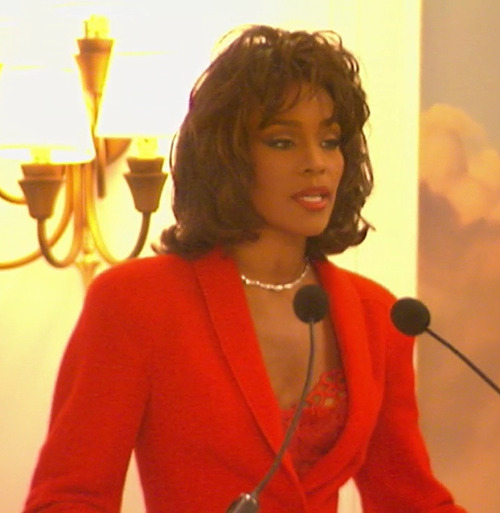 Hey bros! On Saturday evening in Detroit we went out to Antietam on Gratiot Avenue for some amazing french cuisine. Sometimes, you just got to treat yoselves!

Behind me is the Masonic Temple. The largest in the world. That is where we partied for Theatre Bizarre. Masons get that playground for themselves whenever they want. Awesome.

We love eating at the bar.

This french resto was so old world down the the bathroom fixtures so gangster. I adored the bar of soap on that spindle hello little house on the prairie. We made friends with these nice older chicks (sister-in-laws having a girl’s weekend) and they showed me footage of that hot air balloon festival and it was bananas like a Sony Bravia Ad. They loved me. Just saying.

We dined on oxtail (gamey, weird?) and steak tartar (I love it).

Yum as hell. I am looking fwd to my fancy train meal later on #spoiled yet again. Bittersweetly so.

Some interesting backstory here no doubt.

The restaurant is beside this mural, more or less. Love it.

A lot of beautiful murals by great artists about the area. The art scene is booming in Detroit “I know things”.

This Cliff Bells joint was a mighty amazing trip through time. Detroit is a new culture to me, I forget this at times but then I go to a place like Cliff Bells and I immediately remember I ain’ts in Toronto no mo and I friggin’ diggit.

We thought we spied a famous basketball player of course no idea or clue who or what team but the place just has this kind of magic dazzle and quality to it where stars go to hear jazz and blues. I am very blessed and fortunate to have been given a tour of Detroit and seen a lot of record studios, last living legends play live music here and learn the complete history of this sacred musical ground. I was not expecting this post to turn in to a rock review but there you have it. I saw Dennis fucking Coffey last night. Don’t even get me started. I’ll have to come back here and finish. This trip was an inspiration voyage for sure. It’s great for my book.

Love. Also last night at Northern Lights Lounge (Diana Ross’ stomping grounds and not the bathroom seen above/Motown Records is around the corner also) the owner Michael remembered me. Said, hey you, from Toronto – you’re the leggy one. Last night was tight.

Saturday night was also epic. Hadn’t gone out a lot this trip because we were nursing Lizzy’s ear post-surgery (long story) so a lot of indoor Netflix and eating plus computers. Above, Sam Fazio nailed it. He also was interesting as hell to watch because he showed no emotion whatsoever which then made him seem very emotional to me. Stoic? Intense and vacant. You know I like that shit. I patted him on the back during a break in the set and said blah blah you’re great he nodded, I wasn’t an apparition to the guy and thankfully I stopped myself from informing him he was wooden AF emotionally as a performer and left it at that.

The Detroit Opera house is now an indoor parking lot. A casualty of the Detroit economy bullshit. This is a picture of it on Lizzy’s phone from googling it, we didn’t go inside although I would have loved to see that with my own eyes. Imagine parking your car beneath the most ornate ceiling you ever did in your lifetime. Speechless. I saw the exterior facade, however. This is all downtown Detroit proper.

I have to find where those glasses are before I leave today ha ha.

Going through a lot of these now.

So much more later xo.