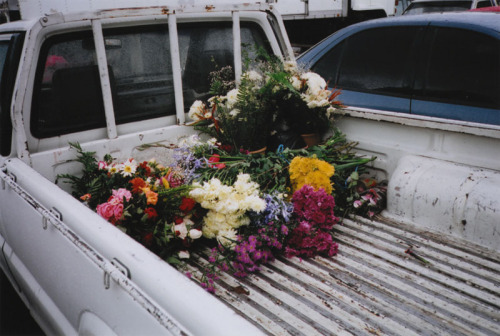 Don’t watch this or be influenced

Rude service here the other night. Negative occurrences reflect poorly on me so it’s not worth recounting despite Stevesy insisting I email complain follow-up with owners. We’ll see.

Then I became lips conceited. It happens.

Spy my lip piercing hole. It’s closed from the inside.

It can feel a little Gotham in here, cold, bunker, the post apocalyptic future-feel. It’s due to the modernist-exposed concrete walls. It is neat. It will be neat to experience through the passing of seasons. Oh, this is summer and it feels like a hotel. Fall will feel like.. and Christmas (swoon). I showed the girls the amazing bathtub/shower situation and they said it was was like a hotel in here. I agree. The first day we all hung out Steve kept proclaiming how he felt like it felt like Vegas based on how we were givin’er and well, I was totally wearing sparkle sequin underwear at the time from Pride, plus the guy looks like Bradley Cooper and when I think of BC I think of The Hangover: V-E-G-A-S party P0RN. Love at first sunglasses off. Ignored him all day on the float because I was all about me unbeknownst to how much he wanted me, and the chef hat plus apron he wore I was like uh, dork. Incredible the almost missed connection of that day and our pride parade walks of shame when the float ride was over, down to the YDS LCBO which was a total scene. He somehow convinced Bechs and I to have a drink at his place, he took off his dumb shades and I mine and we were blown away. I saw him fall in love with me. That never happens never ever ever ever happens in a billion years and only in movies at that. Plus my face was covered in parade sweat and mascara everywhere I was worse than a hot mess…

My ponytails were frizzly frazzly wet dry split ends and Bech (okay “someone”) left my shorts in the cab so my only cover-up was a rainbow sash COOL and once you hit Libville the freak show ends aka normies + Raymi. It’s always me versus the world anyway I am used to that. Wow okay I didn’t expect to write this story when I started but was meaning to share at some point anyway. Where was I, okay so Steve fell in love with me and used various means of reverse psychology to get me interested whereas I insist that it is I who won him so we will fight about it for eternity and people ask us our story all the time hanging off every word and some people get the censored version of it while others get the NC-17 unedited special features and bonus gag reel baha. UPDATE: Steve said this, “Nice baby. I will never forget seeing you on the street and being close to jumping off the float to go meet you until I saw you getting on… I marked you and conquered!”

Oh hi Jules miss you tons already. Going through my flickr of photos I’ve uploaded but haven’t blogged yet I’d like to clean up my act. Jules we only hung last week at Cube and it is already Tuesday again and you’re not here and it’s the last Cube fashion show night of the summer. BooHoo. Coming guys? It will be nuts.

I must get in a day or two of longboarding before it is too late.

Nice to meat you. This also reminds me to get a new dress for Thursday.

This hairstyle just got you raped tonight bro.

I dig my bangs and all-around Emo. Hi-qual pics yo all day all night.

I deeked right out in to the room afterward.

Before Cube we took some pictures on my PC COMPUTER! No worries, no losers were kissed in the making of this.

I like that mascara for my undereyes cos it stays on, dries solid, doesn’t run.

Here’s your send off. Cube won’t be the same without you, or dancing anywhere period.

6 thoughts on “Don’t watch this or be influenced”