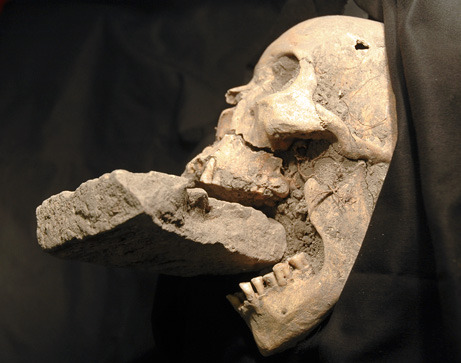 oh liane. i was happy to see she was the leader of the party upstairs at work last nite. in case you forgot or are new here, liane and i met in england during our respective english exchange programs at the age of seventeen. she has grown into such a dreamy little adult but i can still see the non-adult in her, it’s so endearing.

so glad this came out blurry as that chick was too hot for words. i knew allison was coming in at some point but when i saw this chick i thought it was her and when allison came in she too was wounded by the beauty of this creature so i cut out early and we hid upstairs where there was less competition.

she brought her little sister katie who is painfully shy. quiet shy. then everyone talked about how shy she was and answered all her questions for her. aw. and by everyone i mean me but mostly allison. funny to see her in protective mode.

boring picture much you guys? DO something next time if you’re going to mug with my camera. -headquarters.

talk about effort. i wish i made effort.

erin takes care of comedy nite and i have no idea how all these comedians lucked out with this little babe babysitting their asses. she’s a diamond in their scruff.

i showed off my one figure skating jump and here i am landing it. fuck the olympics i got your olympics RIGHT HERE!

but you’re hot so it’s ok. i love that necklace. or that ten necklaces. also, calling all musicians who don’t deserve this poon-tang, allison is single. she requires a hot dirtbag to flirt with. get on this shit STAT before i do.

oh look it’s a comedian. this is dom. he is funny. two of his ex’s read my blog (hi tania!) he broke the bands vs comedians tension really well by making fun of skinny pants and getting one of the guys up to bu-dum-dum-ching the drums after each joke tanked. speaking of me and my blog, i’ve been meeting lots of people who read my blog lately, or know someone who does. it’s neat.

my face is so red. i tanned without makeup on. i look like a ginger who fell asleep wasted in mexico.

ben is schooling me on stand-up. i really want to do it. took some videos of him giving me lessons i’ll share later if i remember. it was his idea for the myspace picture not mine i’m way cooler than that.

katie you’re pretty and all but get the fuck out of my way.

oh i’m sorry, whose blog is this again?

if you don’t have any friends you should try befriending comedians cos they never go away and need lots of attention so you instantly feel admired. ok maybe my stand-up will be about comedians? every single idea i came up with they shot down those assholes. everything’s been done before so i may as well not bother.

the tables are wonky, one reason why erin thinks she beat me at arm wrestling.

teppei is the man.

hopefully i have a tapeworm. i eat carbs like craaaazy now, remember how insanely no-carb strict i was? well now i can eat anything. it’s great. i still have a nagging voice in my head about starches though which i drown out with piles of bread and dips and pastas.

cool guys. who are you, me?

little bit unimpressed by the cheese plate at czehoski. 12 bucks for this? even more dismal looking in real life. satiated no emotional eating requirements. the macaroni was pretty weak too. maybe it was a case of the mondays.

mer was my little dinner date. i like dating girls and paying for them. fuck men they can buy me dinner, i want to spoil my girls.

hipster guy bar line-up was pretty funny. and depressing. i love projecting shit on strangers. people do it to me all the time so it seems aptly fair.

thanks bloggins i’ll be here all week!