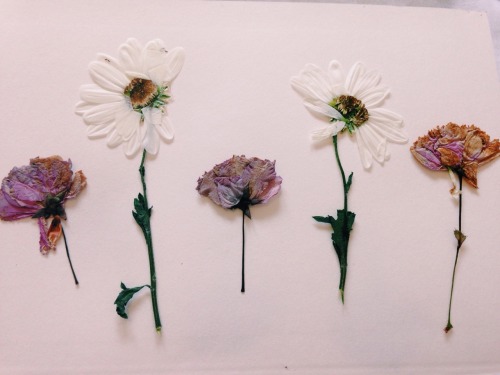 feelin’ scowly? why yes, yes i am.

weather was good off and on this weekend.

this thing is so obviously a wig wonder how people we passed felt about it.

this post is just all of the drive up haha tricked ya.

how many are sentimental over these blasted out rocks? everyone? thank you.

if you need me i’ll be sighing til i faint.

hair braid in prep for opening the windows.

why am i the only one who cares about fireworks and enhancing everyone’s overall experience? hello i’m talking here why did you just drive past that place why didn’t you stop omg i know you can hear me!

great for a visit. i have no idea how you deal all year round i really don’t. felt like a fucking celebrity walking in to the IGA.

phoning it in, guys.

home again and am i ever morose oh boy. september’s here summer’s over i have so much to catch up on ACK! (cathy voice)

here’s a couple of leslie’s photos from the ex for now.

this is how fun i am all the time.

I LOVE LORD OF THE RINGS MONOPOLY!

no one informed me it was their intention to hit ribfest. thanks guys now i have fatty ribs and this disgusting thing in me.

the wind and ominous clouds were freaking me out a little in the beer garden but the rain held off pretty good so once we were adequately lubricated we hit the rides.

along the way two girls stopped leslie and i and asked if we’d bought any tickets yet i was all duh doye um well we’re planning on it, not getting that they were going to give us their all day ride wristbands. solid!

the only ride we got the boys on and they pointed out the hydraulics and mechanics of it the entire time here shut up drink this flask.

we also went on that mars spinning thing. bad idea i almost barfed. the kid stopped the ride sooner on account of me turning green (we think) i covered my face the whole way through and shut my eyes.

look i’m the first one off this thing!

when the wall slides up from the centrifugal force all of my hair slid into the side panel too and that freaked me out. when i was a teenager i loved this ride cos you can lay in these inappropriate poses and stick like that the whole time in the hopes the dude in the middle notices. teenage chicks are such sluts man!

i won leslie a big prize and by won i mean matt paid for all of our rounds and between the two of us i got it done. the announcer guy was awesome, totally baked.

this video pretty much sums up fil and i’s entire existence together:

this one too. i know he’s taking a video, well at first i don’t but then i do and then i pretend (terribly) not to know and then i ruin it at the end as usual ha.

lazy ass here. here’s two amazing vintage stores, one of which i forget the name of on markham in the mirvish village, just south of bloor, you know the spot. there’s 6 all in a row on the west side. i’m hoping going through photos of clothes will temporarily curb the desire to attain more stuff i will never wear. i’ve at least ten dresses hanging up in my closet right now (likely more) that never make it out, have never made it out. i really need to tone it down.

first up is the most southern store on the block, closest to the victory. i had the card laying around here for the longest time too and can’t for the life of me remember the name of the place. any help?

they’ve got everything, and lots of dude stuff too.

i tried to take my mom and niece here and my mom totally balked at the idea of vintage. ok so you’ll kill time in a shitty salvation army yet won’t bother to browse a boutique that makes a point of carrying the nicest things, cleans and fixes them?

wish you bought it now fil? i kinda do. it’s basically fall now anyway. i find it hard to buy warm clothing in the summer, i’m in total denial when summer shopping and that’s so dumb cos that’s when you come across all the best jackets for half the price.

rosaries are cool now. i forgot to tell you that.

before that we had hangover food and hair of the dog with the b&b’s.

i find when i’m hung i crave everything and nothing. wanted grease but not too much.

what’s up patio cat? i remember a cat wandered into my public high school once, it was pretty hilarious.

everyone was a fan.

so much for the ex today, stupid rain.

took us a few to get the wheel spinning, it was jammed or they are weaklings and i wasn’t any help as i was filming it but once it got going oh man, it goes.

after this ride my eyes were twitching in my head and i couldn’t make them stop, just had to give it time. the feeling you get in your stomach gives you the giggles. fun day. there’s no way fil could handle it, the barrel ride, he doesn’t do spinny. he went on the swan boat ride with sass though haha zoooooom zzzz and sass put up some niece hang time pics up on her blog. here too. i took the day off yesterday, killer week so zonked. i’ll get some goodies up once the coffee hits.

(yes i wore that dress two days in a row)

canceling out the tomboy of the last post SEE i can be a girl!

yesterday i was a zombie. menses attack, so tired in the face.

how do you walk in these things britt? my second right toe curved completely to the right and folded under the other toes ack.

here’s an outfit NOT to wear on queen street. ever. and especially not to the bovine. i never wear these chuck taylors but for some reason decided yeah these are my queen street shoes for sure good thing everybody else got that fucking memo. ugh.

bloods or crips, haven’t decided yet. you’ll be the first to know don’t worry.

when dave showed up also wearing plaid we were really depressed for ourselves.

brad’s other band (great diviners) played the bovine monday nite. pretty decent. it would be more decent if i were in it though.

don’t enjoy yourselves too much now girls!

sea of people. dave’s in there. i like how people feel perfectly ok about having a scream conversation right by your ear but the moment you turn around to get passed them and dare nudge by they give you the dirtiest of looks. hey how would you like it if i fell into you and we all went down like dominoes, no? k fucking MOVE then.

went for a stroll cos i was not the only one feeling the claustrophobia effects. dave brought his bike in from the burbs on the back of his truck. on our way back he rode my peewee bike and had a bit of trouble mastering the (non) brakes. i made him practice on some side streets a bit, no no you have to anticipate the stop see you want to brake up ahead that means you have to start pumping the pedal backwards RIGHT NOW unless you want coast through a red light into an intersection.

karate kid can suck my ass.

a closer look for those in the cheap seats.

so hardcore i know a graffiti wall, watch out, on the scene, takin’ names, gonna destroy this town.

when i was a kid i thought the bovine (from the outside) was a truly scary place like EW this is what toronto is like, total underground and people have knives in there and syringes and fluorescent hair omg and tattoos all over, like pirates.

lets get a better look at you.

someone takes care of their own.

allison has moved back to town.

it’s nice that renita drew a picture of herself and TATTOOED IT ON TO MY ARM. we’re working on a flower piece for my right forearm.

ten thousand chick readers of this blog have crushes on brad.

too bad he’s taken now. wow SO didn’t see this one comin’ dudes! my mind is blown what’s next, hamburgers eating people?

what’s up adam ya rapscallion?

haitham is having a housewarming party the same day allison is having one (it’s not for weeks but apparently the date can’t be changed?) so they were hatin’ on each other quite a bit to movie proportions, haitham’s like the only rule is don’t bring anything. i told that to allison and she’s all don’t bring anything to mine either! what is this bride wars i love it!

in case you forgot i am a zany number.

i tried to take off that sombrero to wear for my pretend double keyboard performance but it was hot glued to the mannequin and a guy came out the back looked at me and shook his head then disappeared.

so i just blogged about it instead. DEAR INTERNET I AM IN THIS TOTALLY WACKY BAR RIGHT NOW YOU WOULD NOT BELIEVE IT THERE ARE LIKE ALL THESE THINGS STUCK TO THE WALLS IT’S LIKE A GARAGE SALE GARBAGE DUMP LIKE THE ONE IN LABYRINTH OMG GOTTA GO SOMETHING TOTALLY WILD IS HAPPENING RIGHT NOW THEY’RE PLAYING OLD MOVIES FROM THE 60’S BUT YOU CAN’T HEAR THEM BECAUSE OF THE LIVE MUSIC I TOLD YOU THIS PLACE WAS WACKY!

time for more irony at the ossington.

pretentious is my favourite.

at this point i wanted to go home but i listened to the majority vote.

ok do they show intervention here or is that just a clever name as intervention airs mondays? either way i approve.

k bye now kinda phoned the rest of this one in eh.

oh my god i hate myself.