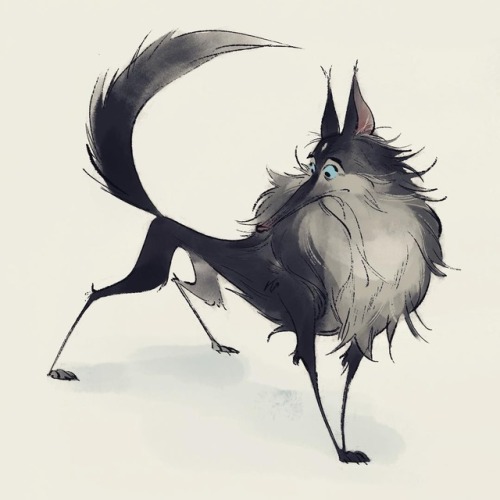 today it is my birthday. i don’t care. ok i do i’m lying but i’m pretending not to care because i’m a nothing loser who does nothing good on her birthday that is ever cool ebough. ok i’m lying again but i don’t care. yesterday we tied one on and my cousin fell three times and once into this baseboard heater and also spilled a drink on this guy’s couch too. glorious.

i got a fancy new watch from my dad.

oh and everyone who was blocked before from leaving comments is now unblocked. this is yer second chance so don’t go all gay on me and piss me off.

me being a heffer. awwrite.

so me and kristi watched a whole infomercial because the tv was all the way on the other side of the room and neither of us wanted to get up and change the channel. it was for this heat wave oven thing that cooks basically everything that could be cooked in an oven. ingenious. the commentary between us went something like this:

raymi: that girl is such a whore when she eats the meat.

kristi: i know she’s all; “mmmmmmmmmmm.”

kristi: look at that. i’d eat that.

raymi: they keep playing this commercial over and over wtf!? and the payments keep changing, like before it was 5 easy payments of 33 dollars and now it’s 4?

kristi: yah i noticed that too.

raymi: good thing we didn’t call when it was 5 payments. shouldn’t it be the other way around, like, you should have called us before now it costs more suckers!

kristi: and that guy just said a word wrong.

raymi: and they need a new slogan, set it and walk away is just so gay. they’re like some cult or something, what’s with that chick saying, “i see the light.” everytime he sets the friggin’ timer? creepy.

i lost my smokes and lost my mind and i ran all over the house looking for them and stumbled into the grotesquely obese cats who just look at me like i am mental and im like just because your head is small and you have the body of a fucking cow doesn’t mean you have to rain on my parade, sister.

ok so this is a picture of my ass from a year ago. some girl lied and said it was a picture of her ass and then i went over to her house and yelled at her. i’m even wearing the same undies from the pic right now. indeed.

everyone in the world has probably already seen this but i only learned about it today. someone called this guy a retarded fuckbag and said i should kill him but i won’t kuz i think he is hilarious. maddoX


later today i’m going over to RN’s house to upload retarded fotos of myself and play mario kart and talk really loud so everyone gets mad at me. i’m gunna bring my laptop to the other place i live at finally so everyone around the world can once again have daily raymi updates.

another wall from the crawford ghetto

so as you can tell, raymi is back on the sauce. and the weed. but i’m not a crazy lunatic from it anymore. tho sometimes i wake up and it seems as if i could squeeze just one more bevy out of my liver. mmm hmm.

it’s my birthday soon again. march 31. i’ll be 21. it feels like i turned 20 only last week. i dunno what i’m doing and i’m not about to go plan a big shin-dig this year only to have a nervous breakdown again and be a no-show.

i can’t wait until it is warm so i can go all around town on my stupid gay bicycle and longboard and fall asleep on park benches and put together outfits that i and only i think look good.

that is all i want to say for now.

went to some concert last nite where-in emo teenagers milled about, layed on the floor and rolled their eyes when they danced and all the others stood in the back because they like to “pretend like they’re not there” or whatever. it was the get up kids with recover? and some other guy who bonked his head on the microphone because he was so short. fuck. his name is…..R something.

so i have to have a catscan now for this cyst-thing which is not actually on my kidney it’s in my pancreas pelvic something.

i think the madpony girls are fucking boring and they make me want to i dunno, something. and what’s with one of them being called lauren? that’s my real name, u know. but it’s pronounced Luh-ren because it just is. these girls are lame and they make college life seem like an episode of a dumb tv show that gets cancelled after half a season. show us your vaginas already and stop posing like the olsen twins. and holy fuck who the hell wants to email your dad?

um so my laptop is never where i am at so i dont update too much, that’ll change and not like i have anything remotely interesting to say other than to talk about the blister on my foot from disco rollerskating. and also went to gay hip hop whatever nite where i felt fat ugly and totally ignored all nite long. fags make me want to kill myself. apparently i was being looked at. then went to slut school and missed last call. then went to some after hours place upon which i ate a banana during the short walk over there. i dont even know the name of the place, i coulda been lead(led?)to a scary mean person’s car for all i knew.

i hate djs they think all the music they play’s all fantastic and magnificent masterpieces and they never play what i want to hear. i’m like look you pathetic piece of shit i am the best dancer you will ever see and i can do stupid waltz jumps and leaps and fall down trying to breakdance and i need to hear such and such a song and you are ruining everything by playing this fuckin eurocrap jingly idontknowwhat. and they always go yeh ill play it and they never do. im gwanna bring a boombox to the next place i go.

and when i go to the bathroom i always feel inclined to make chitchat with the other ladies but i cant think of anything to say other than lying about how nice their shirt is and where they got it or i say, herheh are you the line-up? doi.

i order all these movies and then forget to watch them because i change channels.

i went to the clinic today and my family doctor wasnt there kuz of a family emergency so now i have to wait two more days til i find out about my internal organs. how selfish is that?

this is what some of the wall in my old crawfrod ghetto apt. looked like upon us all deciding to get the fuck out of there and leaving a nice welcome to yer new pad for the lesbos who moved in afterward. fuckin fuck i hated my landlord.

the cats here are crazy like they’re being chased by invisible animals. i swear one of them flew across the room and into the blinds and totally destroyed them. so funny. and my other cat we got his hair all shaved off so now he looks anorexic and all skeletal but has a big fluffy head of hair. we build forts together in my bed. i’m so lame.

i want an under the table job because i am like so bored.

im sucha whore. i had this book thing that i was working on and it was all about being miserable and lame stuff like that and i thought no one wants to read that shit so then i thought i should just write about all the boys and girls i ever humped but then i started counting and realised how much a ho-bag i am and decided fuggit.