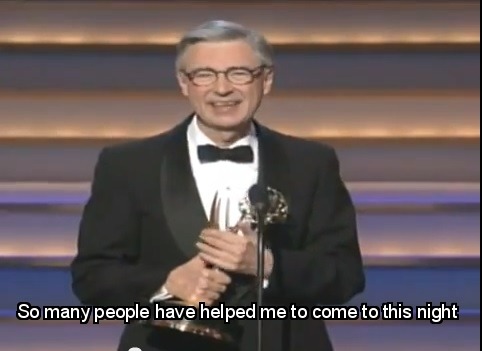 im a blow up doll but less boobish these days. meh.

hi jeff, you are suppose to be calling me right now from your apartment thing.

i think i will go to new york city to hang out soon.

because i am your friend, right. loyalty shit.

someone stole the cd of our demo, you on bass and me on the microphone in that practise space where that guy fucked prostitutes and i saw the video it was awesome. nitin’s gay stuff on your four-track. can you send me more cd’s of it and then put it on your site and ill start selling them. they’re SO HOT right now. i mean it. the bass/guitar solos work. i’m serious.

i think it’s a family-run thing so if any sucker tried to walk in and pose as me and be all yah im raymi or danny or biff and i want to rent ten jillion b movies, whatever, they’d kill you. moreover, that place is awesome. they let me walk in there with bikinis on and rent all this crap and bonbons and take home the crocodile dundee floatable shitbox and the chris farley cardboard stand-up with spade, and then brooke would be all yah lets go home and watch movies on your carpet floor and sarah too and then kristi the punk.

anti’s dad‘s company made the racks that the video store has. the metal ones. standard grade, probilly and white lacquer.

he saw the silver company logo and the 1 800 number and shit.

tim is here and we are going to go into toronto for my first time in a long time, since i got the rest of my shit from my old apartment when it all went down…

we are going to wear sars masks too!!!

this town sucks and then it is also pretty good. it’s good on monday nites when you just want to cruise thru the place on foot and have no one around in your path other than all the cops in town who are bored and out to make raymitheminx’s face explode with ‘noia over nothing.

“Colin Powell is out over there whisperin’ to the horses like in that movie that was advertised all week long, the horse whisperer.. BWHAHAHAHAHHAHAAAHAaaa them brown horses, whispering to them, and shit!” – tyranny.

ps. colorado girl stop shit-talking my friend. i heard this vapid story from all other perspectives, point being, don’t you ever ever create a whole blog to ‘dis up one guy in order to make the newer one feel better. regardless of a new guy being around, you just don’t fuck around with ghosts of your past, to be fair and nice to them and also to counter-act any potential rumors that get slung around messageboards about you. dont let negative comments follow you to your blog which YOU made in the first place to prevent US from thinking bad things about you? am i right? but when you more than welcome and invite negative comments by publishing materials such as you did/do, it gets personal, doesn’t it? this i know for fact, i have my own personal experiences and stories….

my uncle went to colorado once.

This will make me so rich.

Many days and months later

I am listening to millennium

And we won�t stop

Praying it�s not too late

Forever in debt to priceless, advice?

I don�t want my teeth to be punched out.


even my mum called us

she wants me to help make her sluttier.

stole it from that movie

you get the picture. cough cough.

I just read your bloggityblogblog.

Don’t waste all that energy worrying about the losers and the haters. It’s not worth the time. why wash your brain in all those stress chemicals for them? They’re lost. Let them be lost without you. When you let all that crap go, you’ll weigh a million pounds less. Your head will float.

You shine, and will shine despite everything.

I’ve never counted, but they tell me that there are something like 6 billion people in the world. That’s billions of people that I’ll never know. Billions of people who’ll live and die billions of stories. But it makes no difference to me. There are only a handful of them that will ever touch me. Ever mean anything to me. And you’re one of them. I’m happy for that.

You said that you invented me. Well, that’s not exactly true of course. But you certainly made an impression on me. Shaped me in ways…inspired me. Changed my world.

today was a fat day for me. i lied around all day in my bed and i could feel my ribcages because these horse-sized tranquilizer pills dry me right the fuck out and then everything below my ribcage is just muscle bloated and fat retaining glucose and salts and aminos pizza sleep.

girls of france are just fine.

and he’s a jew

girls are younger and they are fucking older men and younger boys go for younger girls and act like pimps and slap their asses and girls are picking up boys traits.

everything is popular over here and then everything is popular over there at the same time. i have been there. there are no more new outfits for me to wear. skateboarding is not a trait that is trendy. it is a skill. a talent. a gift. longboarding too. it is like skateboarding but with wheels and i like it the best in canada right now because it is springtime. i practised it the best in california a little while ago, though. i see rich people doing it. poor people. kids. girls boys. canadian girls do not surfboard and they dont longboard much. we do not have hot beaches with oceans on our borders, even if we lived in maine, which is on the east coast, there are no hot salt waters i know of.

when someone calls you a trendy slut for seeing that you can longboard, you know in your heart they are canadian, perhaps, an ex-pat, does’nae matter. they could also be half-chinese or four-eyed…i dont care.

that’s racist and i take offence.

females of this continent, we are too fat.

and the french know why the most

let this trendy slut, me, be an example of how too fucking much fat and skinny can and cannot be. you are only allowed to make fun of fat people if you know what it’s like but even then, fucking hell, go fuck yourself. it still sucks so don’t make fun of them.

ps – i learned for twenty years how to do everything you see now. you havent seen shit. i didnt grow up in no fucking toronto. i travelled. those tuning in now need to learn my past. address me with respect only.

I wonder if you’ll respond

news, whether it’s interesting or not, is up to you.

My name is Steve and I go to york university. I publish a paper here at york

univeristy; MONDO magazine. We are an alternative culture magazine. In our

January issue, which is currently at the printers, I wrote a small article

concerning your website, which i guess just concerns you.

Anyway, we are having a release party this saturday at a dirty pub, the loose

rooster, near campus. $1 beers, $2 mix drinks, and three live bands. We were

wondering if you wanted to attend, bring some friends, get drunk, whatever. If

you came – we might even be able to fit the bill for your drinks.

anyway – to get here is VERY simple. By car – simply take Eglington to the

Allen, and continue on the Allen, which turns into Duffern, untill you hit

Finch. When you hit Finch, turn left – west. continue down finch, past Keele,

untill you hit Sentinel (there is a gas station on the left), and turn right

onto Sentinel. Continue on Sentinel untill you see Four Winds Drive (I think it

is the first right. There is a plaza on the right with a small grocery store

etc.) Turn right onto the street, and then turn into the parking lot to the left

of the plaza. The loose rooster is at the far end of the plaza, furthest from

the road. The door may looked like it is closed, but i assure you it is open.

If you are taking ttc, get to downsview station. from downsview take the 106.

at the door of the pub. Keep a look out for Sentinel and Finch (gas station on

the right) pull the bell after you go through the intersection. Ask the driver

to let you out at the stop nearest Four Winds Drive. When you get off the bus,

take a right on Four winds, and you’ll see the plaza with the grocery store.

walk down to the back, left hand side of the plaza, that is where the bar is.

again it might looked closed, but it is not.

Other than the release party, I was wondering if you would be interested in

article in this months issue.

Anyway – take it easy, and let me know what you think, about the party, the